Endless days, coId drinks and your hometown team stepping up to the plate—it’s summertime in the city, and the ballpark is the best place to be. We recently worked with a couple who merged their love for each with their love for the respective hometown baseball teams (Cubs vs. Red Sox!) with Tale of Two Cities wedding welcome party here in Chicago. Featuring Boston-themed foods and modern takes on classic dishes, this event was the perfect summer celebration of their favorite shoreline city. 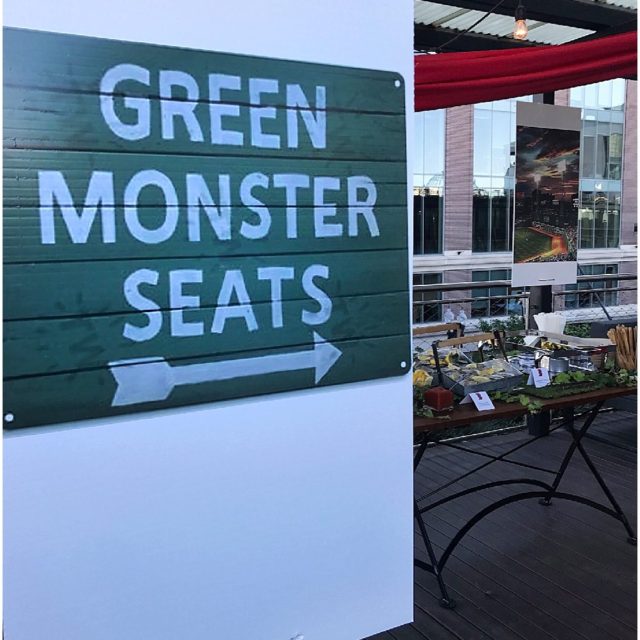 When we think East Coast fare, one of the first words that comes to mind is “seafood.” Those salty, meaty Mid-Atlantic bites that taste almost nostalgic—like a trip to the shore during childhood of any era. We start light with chilled oysters served over crushed ice, a refreshingly cool flavor bomb on a hot July afternoon. To keep with tradition, mollusks are served alongside horseradish, fresh lemon wedges and mignonette, which is a mixture of minced shallots, vinegar and black pepper. Another light, chilled starter featuring food found in Massachusetts Bay is rock shrimp ceviche. The firm texture and slightly sweet meat, reminiscent of lobster, is cured with the acidity of ample citrus. The flavor profile is fresh and spicy, featuring diced avocado and extra serrano chillies. 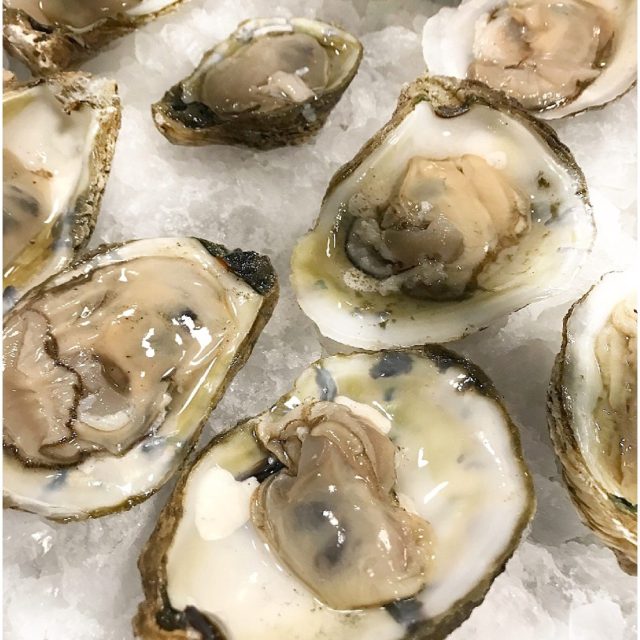 Speaking of the sea, we could not, in good conscience, serve a spread of Boston-themed foods without including a hearty lobster roll. We split classically buttery buns (brioche, in our case) along the top and stuffed with our chunky lobster mixture. We serve rolls alongside bread and butter pickles, just like Fenway Park does. To round out our tribute to one of America’s oldest cities, we include classic crab cakes served with a spicy remoulade with notes of dill and chervil. 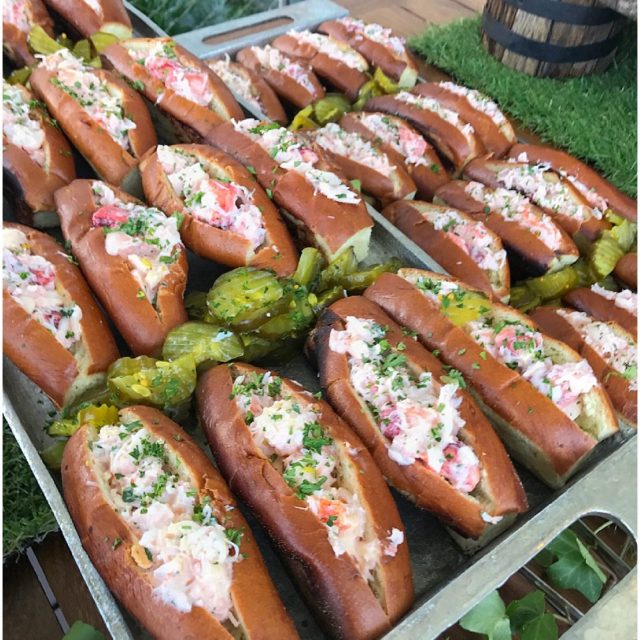 Side dishes include a chopped caesar salad with house-made Old Bay croutons—because what better flavor profile or seasoning to complement all this seafood—as well as individual bags of salt and vinegar chips by the Massachusetts-founded company Cape Cod Chips. 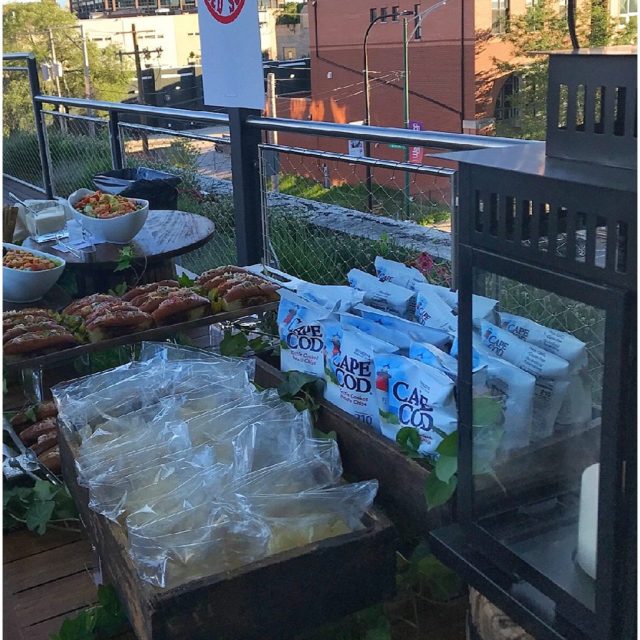 Our dessert setup is a casual walk-up buffet of all sort of sweet goodies. To include both Boston and Chicago, we display a selection of sugar cookies in which half are frosted with the Red Sox insignia and half with the Cubs insignia. Just as Chicago is known for its German- and Polish-American population and the resulting Euro-fusion cuisine, Boston is home to generations of Italian-Americans and has a rich history of fusion-fare of its own. The cannoli, for instance, is a Sicilian-born dessert that’s right at home here in the U.S. Our mini cannolis are inspired by Mike’s Pastry, a beloved bakery on historic Hanover Street, and are stuffed with a sugary ricotta filling. Our final Boston-themed dessert is another European-inspired delicacy—mini cheesecake bites—with a decidedly American twist—a chocolate-dipped coating. 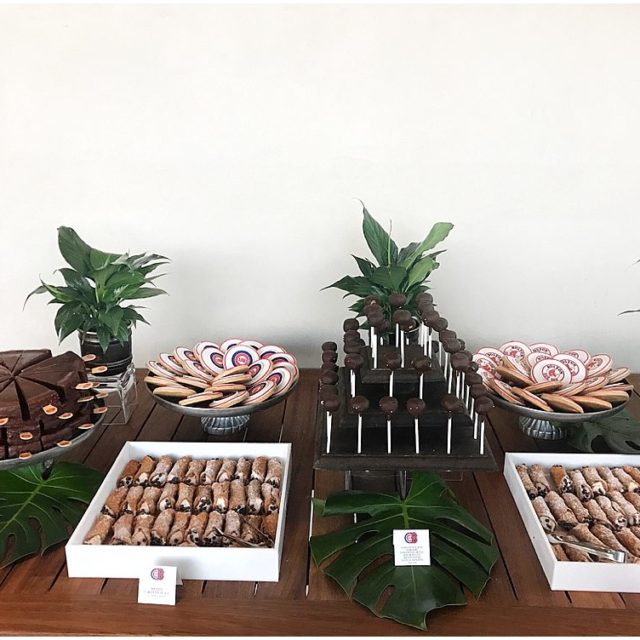