Deliciously Diverse … if the Spices are Right!

As an adult, after I discovered Daal, Chole, Saag Paneer, it was all over for me! All I wanted to do was eat the lovely cuisine of India. And visit India, also!

Turns out we are only a handful of people pondering the question…what makes Indian food so wonderfully delicious?? Scientists were also wondering and went ahead to analyze 2500 recipes as reported in the Washington Post. To answer the question, and begin to separate the “magic” from science, Researchers Anupam Jaina, Rakhi N Kb, and Ganesh Bagler from the Indian Institute for Technology in Jodhpur analyzed TarlaDalal.com—a recipe database of more than 17,000 dishes that self-identifies as “India’s #1 food site.

Here’s the essence, while many Western cuisines attempt to pair ingredients that share “flavor compounds”—the small flavors that indicate something like types of sweetness or sourness or spiciness—Indian food’s signature is that it combines ingredients in a single dish that don’t share qualities at all. It was reported that, in Indian cuisine, the more the extent of flavor sharing between two ingredients, the less chance both will appear in any one dish. Hence, the spices, and their methods of pairing and combination, was identified as the single most important attributes of Indian cuisine.

For example, if you find cayenne in an Indian dish, you’re unlikely to find another ingredient that shares the same compounds. You may find, however, other spices that have complementary, but not identical, attributes. The researchers found this was true across the eight different types of sub-cuisines studied, from Bengali to Punjabi to South Indian.

Subverting the idea that guides North American recipe building, that is, that similar flavors should be combined for better dishes—is reversed in Indian cuisine. In the words of the study, “Each of the spices is uniquely placed in its recipe to shape the flavor-sharing pattern with [the] rest of the ingredients, and is sensitive to replacement even with other spices.”

At Entertaining Company, we’ve loved learning the importance of the right spices in specific dishes….. from the “right” kind of cinnamon, to the irreplaceable jaggery to the unbeatable taste of cilantro. With thousands of spices and regional specialties, it may take us a lifetime to master! Happy to also learn more about the “science” behind the “magic” of our Entertaining Company Indian kitchen. Saag Paneer, Chana Masala, Pav Baji, bring them ALL on! 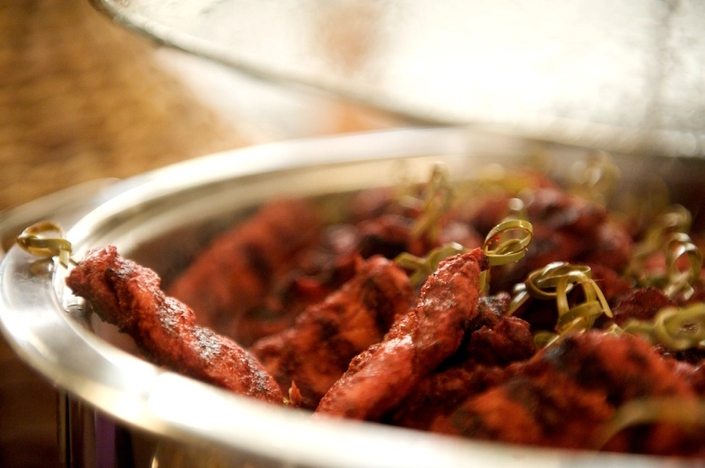 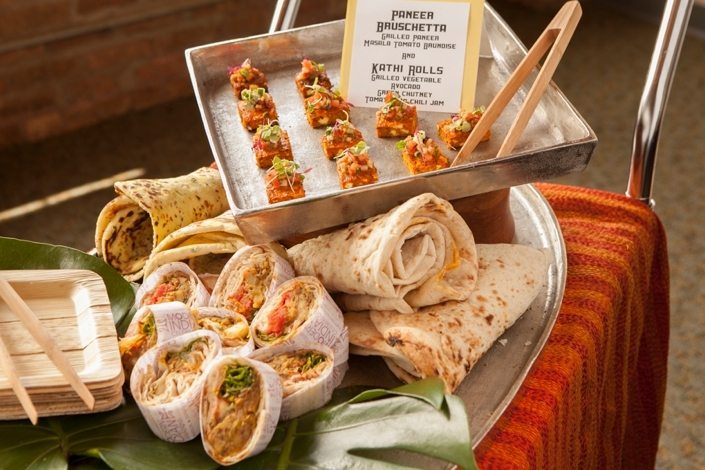 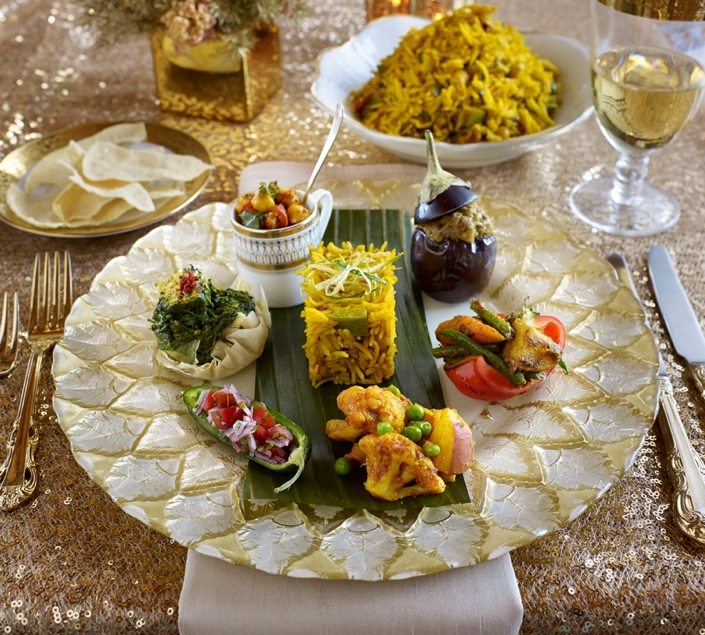