What was the focus of the trip to India this Spring?

Traveling, for me, always has a few aspects of culinary exploration as well as fascination with how other people live. We always seek out the most multicultural cities and neighborhoods and look for experiences that hopefully will inspire new ideas. Some of the ideas could be as simple as new ways to eat Chaat, adding new condiments to our family style service or even adding a skewer to a chili on our bar mixology offerings! I never know when a detail will pop up that we can use at EC! As for new culinary ideas, we really enjoyed the Asian Indian offerings that we encountered in Calcutta which has the largest Chinatown in India. When we traveled to Assam, which is near Bhutan, the people had more Asian features and many more menus had typically Asian foods like Crispy Fried Wings and Dragon Chicken. Those items were much more firey hot than the normal Indian cuisine we encountered! We might have to tone it down before serving these items at a Chicago Sangeet. 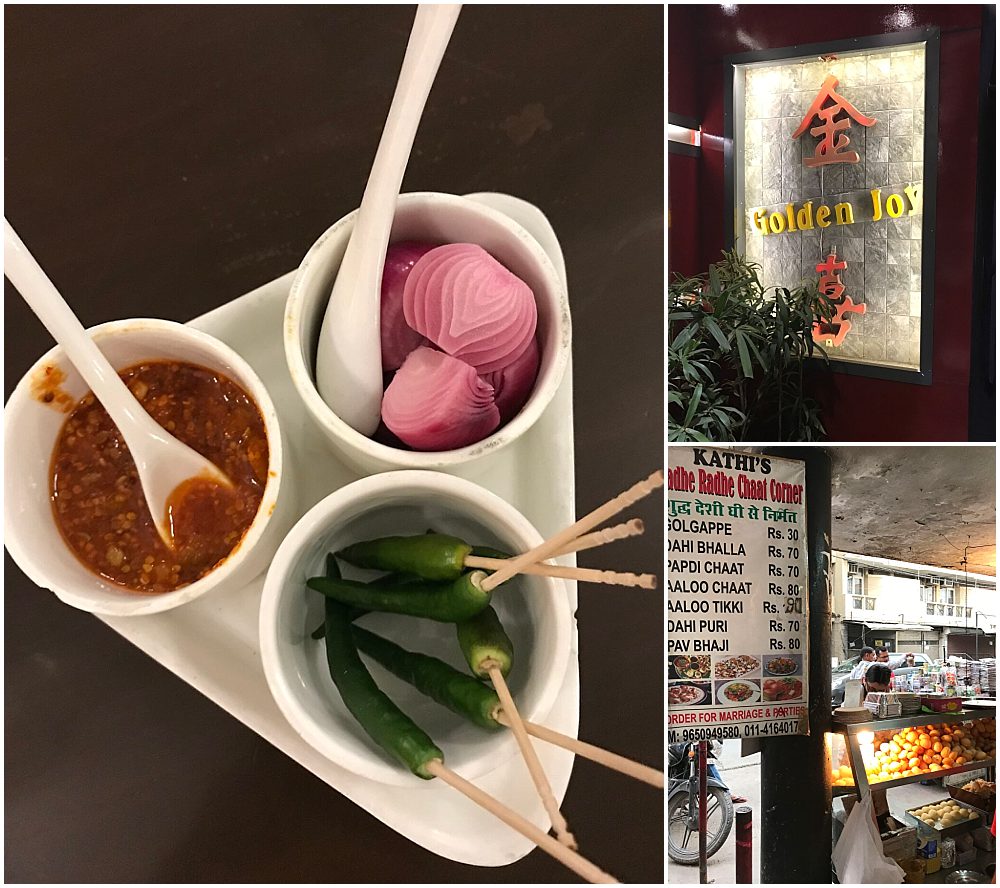 What was the most unique thing you experienced on this trip?

That would have to be Holi which is a Spring festival also known as the “festival of colors”.  It is celebrated all over India in some places for a day and in some for as long as a week. During this festival, everyone throws colored powder at each other. On earlier trips I had seen Holi “played” from the car window. This trip we were in Assam and went to a local park where we got to interact and dance and throw color with the villagers. We also had fun with the other guests and staff at our hotel. Another fantastic color experience was seeing how flowers become dye and then thread and then finally, woven goods. I happened to step behind one of the weaving buildings at our guest house and saw the vats of flowers becoming pure color. 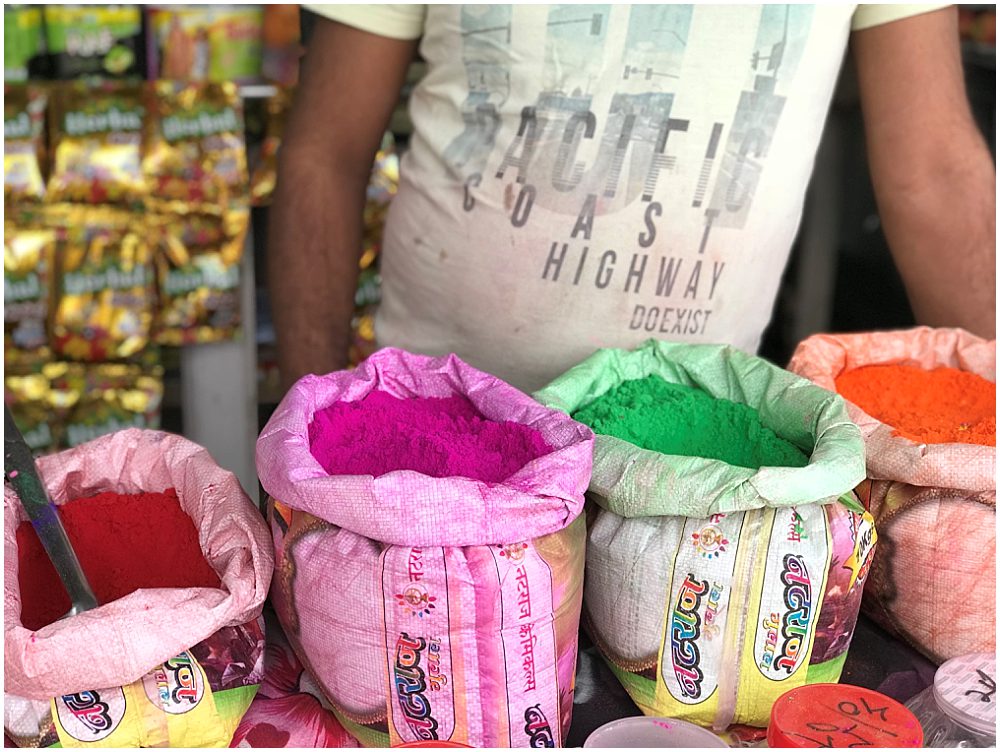 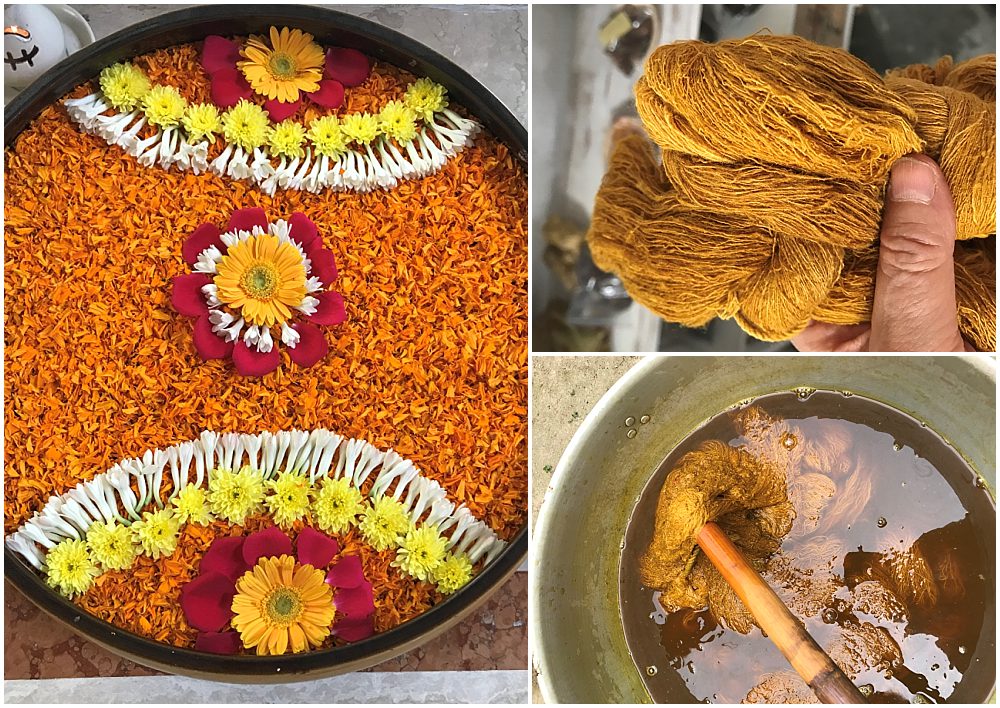 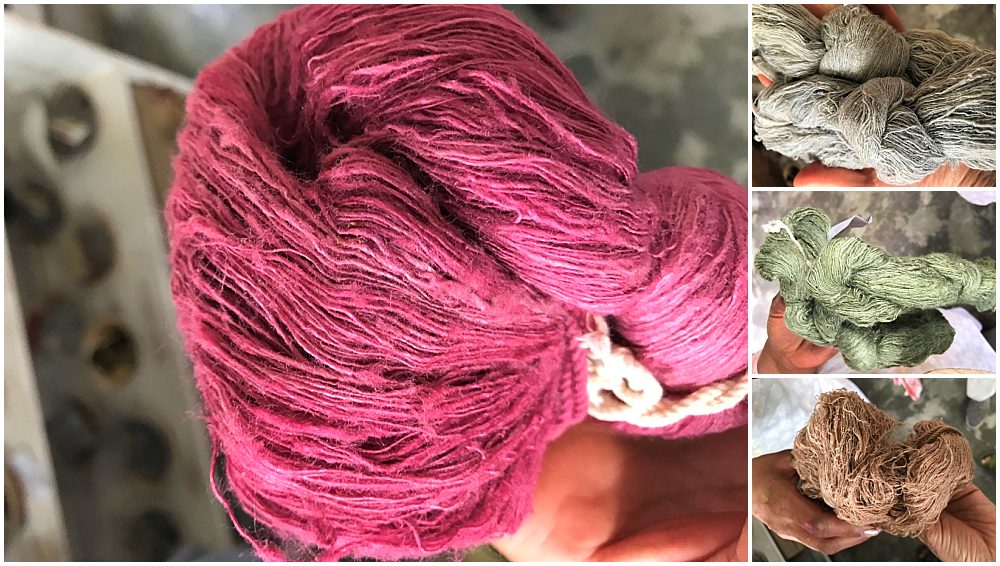 We never think of India as a big wine drinking country. Anything noteworthy as far as beverages?

On earlier trips and this one too, I sought out as much Chai as possible. Chai is that wonderful tea with gingery spices and milk that you can get on every street corner from a vendor called a “Chaiwallah”. I noticed this time that much of the Chai was unsweetened so wondered If that has to do with current health concerns. In Calcutta we visited Dolly’s Tea Shop which is a small tea boutique set within a maze of clothing shops. Dolly is a famed tea taster and is credited with popularizing Darjeeling in India. Darjeeling is made from a small Chinese leaf rather than the larger leaves in teas originating in Assam. Of course there are so many fresh fruit squeezed  juices that one encounters at road stands and we love playing with these flavors in our Indian inspired mixology offerings at home.

Did you find anything for the EC Home Store?

We did find some wonderful brass tumblers and trays which will be available soon! Stand by!